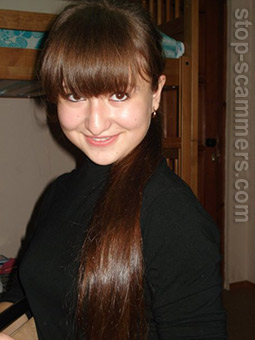 Emails from Julia Noskova to John (UK)
BismiLLAHi walhamduliLLAHi wassalatu wassalamu, nice to meet you :)
I'm glad that you response to me. I'm happy that you are interesting on me.
I really liked your profile.
I wish remind to you my information.
My name is Yusriya (that mean thriving)
I was born 01-Aug-1988
I'm 161sm and 49kg.
I'm Muslim not a long time. I reverted to Islam about 4 years.
I search husband and InshAllah he will teach me in Islam
Also I wish to make my Imaan stronger inshAllah! :)
I hope you will help me.
I wish to know you better. And I liked your profile.
Please reply to me soon.
Below I will add some pics of me.
Have a good day.
I will wait :)
Yusriya

Assalam aleukum. what is your name? How are you? Allah blessing you InshAllah!
I'm glad that you replied to me :) I waited your email.
In first I wish to say you sorry because I will not have opportunity write to you often, because I dont have
Internet at home.
I use internet at work, so I will not able write on weekends.
Also i dont use chat, because I cant use internet at work.
Again I wish to say Shokran for answering to me. I liked your profile.
And it's very important to me.
So you are my first expiriance in contact by Internet. I don't know what write and tell about myself, and you can ask me anything. I will reply with pleasure.
I planned tell you today more about myself.
In first I wish tell that I speak on English free and I write letters free.
So I
Read more