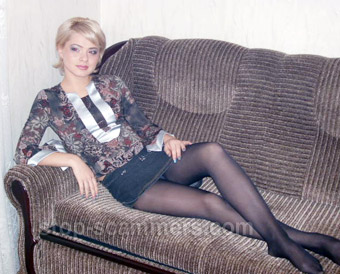 REPORT N1 (added on May, 26, 2005)
Les (USA)
She wrote to me from Adult (SexKey) Love Line. I wrote back. She declared love for me within 3 weeks. Her letters were long, talkative, "one size fits all," could have been written to anyone, and soon got very emotional. She almost never answered my questions, like "How tall are you?" except in PostScripts at the end of the (form) letters. In two months, she hinted about getting a visa, but I headed her off by saying that I would visit her in 6 months. A month later, she got around to the scam, that her mother was in hospital with heart condition, and she asked for money. That's when she told me her last name. I mailed her a sharp "NO!" and said she must hate men and me in particular to try and treat me like that. She never wrote again.
REPORT N2 (added on June, 8, 2005)2
Kim (Canada)
After about 6 letters in a matter of less than 2 weeks,she was telling me that she was falling in love with me. She told me she never corresponded with anyone via the internet before,and thought it was never possible to fall in love with someone this way.She gave me this story that her Mother could give her the money to come to Canada if she could sell her apartment,in which she would move into a smaller one.Well,as it turned out,her mother could not sell her apartment because of some "law" in Russia.I had no idea what it was,and she never explained,even though I asked her to.I was suspicious from then on.She told me she made less than $2000 American a year at her job and so she said it was up to me to come through with the money for visa,passport and airfare for the sum of nearly $3000 American.All this was to be done at western union,as she said there should be one where I live.Then she said that if I could`nt come up with the entire amount that I could send her $570 American for the Visa and passport in which she said she couldget in about 10 days.This being that when I do send her airfare,all the rest would have been taken care of already and there would be no waiting.Questions that never got answered,until I asked them over and over again,and she chalked this up to not understanding my English.She had many good things to say about me,wrote me a poem in which she said she was up half the night writing,and numerous times she said she could`nt live without me. Many of her letters were void of my name in them,so they could have been for anyone.I never send her a dime,and obviously I am glad for it.
REPORT N3 (added on June, 28, 2005)
Ejaz (India)
Hi!
I have been in touch with this female for the past 1 month. While surfing the Net I came across her Profile on your web site.
REPORT N4 (added on July, 19, 2005)
Albert (USA)
The following was sent to me via Cupid Junction, a service that I use to meet new people. As you can see, she insists that I communicate with her not through the service but through her internet club address. I did a search on her and found your site. The following is the letter I received from her..........
"Hello!
I just saw your profile and I like it. I would like to correspond with you!
My name is Olga and I live in Russia. I am 30 years old and I am ready to setlle down now. Thats why I am seeking for serious partner for my life. I do not play in games and I search only serious relations. I would like to know more about you. Write to me if you are interested, if you wish,I can send you more my photos with me!
Please write me only with e-mail:
olenenok112@mailgate.ru
Olga"

Emails from Marina Vidyakina to Les (USA)
Hi my dear!
I so am glad that we with you have found each other on correspondence, I like to communicate with you, I am glad that you always understood me. I want to tell you that you are expensive to me above all. I am simply happy that we with you have found each other.
I simply adore you. I today again long worked but little bit less than yesterday, but I all the same am slightly tired.
But you know lovely to me yesterday have told very sad thing. When I yesterday went home. I have decided to go a public telephone booth to call my mum. I so love her, so it is a pity to me that we with her live far apart. When I yesterday have called her home that why nobody took a tube. I began to worry, because I well know mum, at this time on evenings she already always houses.
I have decided to call mother's to the neighbour on the house. And mother's the neighbour has told that have put my mum in hospital. To her yesterday have told that at my mum the heavy attack was, to her it became very bad. Mother's ninaaea has called in first aid both there have arrived doctors and have taken away her in hospital when I have called in hospital to learn that happened with my mum, to me have told that to her already little bit better. But she all the same is in a heavy condition, and to me have told that will be necessary to perform my mum serious operation. To me wanted to explain what illness at my mum. But I and have not understood.
I know one that this operation very co
Read more

Emails from Marina Vidyakina to Kim (Canada)
Greetings my lovely. Forgive me for that that I has not written to you some days. The matter is that I really was very busy and had no absolutely any time to write to you. Now I was released and can write to you again. My beloved, I very much grieved for you these days. To me it was very sad and lonely. Though my lovely, in my opinion I have rather quite good news to us. You remember in the last letter I wrote to you about that that my mum would like to sell the apartment to pay my trip to you? So, she has consulted to the lawyer and he has told her that such variant can be carried out and the apartment of my mum can be easily sold rather quickly and for which good money will suffice that mum could buy for itself the new house which will to cost less and to help me with payment of trip up to you. However there is one rather serious problem which may prevent to meet to us. The matter is that I am registered in this apartment and my mum may not sell it until then while I am registered there. But I also can not leave an apartment because I am prevented by any legal formalities which I can not overcome and consequently I can not and leave an apartment. It is rather difficult for me to explain to you laws of the country which prevent me to make it, but the fact is the fact. I can not leave an apartment and consequently my mum may not sell an apartment and help me with payment of trip to you. I do not know that to me to do right now because I very much want to a
Read more

Emails from Marina Vidyakina to Ejaz (India)
Hello Ejaz.
It was very pleasant for me to see, that you have again written to me. I again want again and to receive from you letters. It is pleasant for me, that you have not disregarded my letter to you.
I want, that you would know all about me. In the last letter I have written to you about the education. I have written to you about the one as whom I work. I want to tell you, that I work in a "sweet" place. I work at confectionery factory. This state enterprise, therefore to prove is not enough opportunity. Financing on this factory does not act, therefore want to close this enterprise. There is open one question: where there will be to work those who worked at this factory earlier? Simply at us in city individual confectionery factories, bakeries have opened many. It becomes simple state to contain own factory not favourably. Because from the private person the state receives taxes, and the state will not levy taxes from itself. Therefore now I search for a new place of work. It is possible to turn out to arrange with the bookkeeper in a private concern or the organization. There may be I shall work with the cousin together. he works in a private concern. At all I do not know, how it is possible to name his work. he very much organized person. At him it is so much a lot of energy. he has time to make for day so much. That I simply am surprised, as he has time to make all this. I am sure, that the brother will help me. he offered me to work together w
Read more

Emails from Marina Vidyakina to Albert (USA)
Greetings my lovely! I am very glad to read your letter again. Your letters give to me constant pleasure but now in my soul very sad and disturbing ideas. The matter is that last night at mine scold there was a heart attack. To her the beginning heart also became suddenly very bad to be sick. Her heart frequently hurts and consequently in her domestic first-aid sets there are many tablets which help from this pain. My mum has accepted a pill but to her it be not became better. Therefore it was necessary to cause doctors. My mum have put in hospital. Doctors speak that within the next few days lifes of mine scold nothing this serious disease threatens but the basic problem in that that and if not to perform her operation in time that my mum may die at any time the following attack. My mum requires urgent operation, but I do not know where to me to take money for her. Doctors have told me that such operation costs about 700 USd$. Neither I nor other members of my family do not know where to find money for operation. I do not know that to me to do further, I can not allow the scold to die! I should find money! My lovely, I understand that at present to you very uneasily with money but I ask you about the help. You the unique person for me to which I can address with this request. You always understood me and I very much hope for that that you can help me because you my unique hope. If you can not help me that I any more I do not know a way to take money to op
Read more